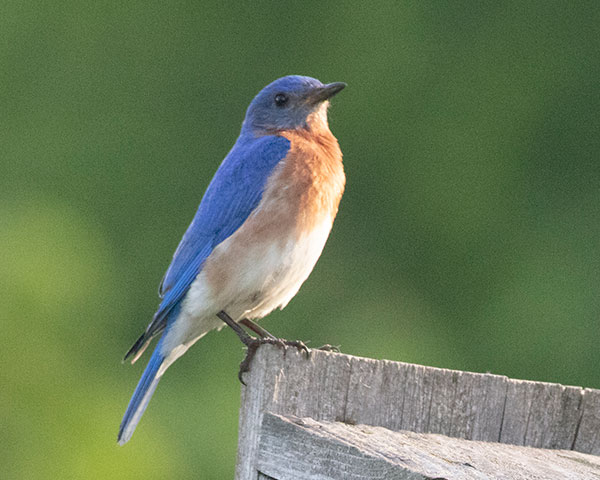 From May 8 to 14, local birdwatchers recorded their observations along the length of the Kokosing Gap Trail (about 13 miles and including the Brown Family Environmental Center). One hundred ten different species of birds were noted on the citizen science app, EBird.

This spectacular diversity included many species of birds migrating from Central and South America to their breeding areas north of Knox County, but locally breeding residents also were in substantial numbers. Among the migrants were 27 species of warblers and vireos, along with Baltimore and Orchard Orioles, some of which stay with us. One unusual species was a Blue Grosbeak, a bird usually found south of Knox County. Seven species of woodpeckers highlight the wooded habitats common to Knox County. With the trail following along the Kokosing River and other waterways, observers were able to see Common Merganser (which are unusual in central Ohio this time of year), Wood Ducks and other waterfowl.

Conserving different natural and agricultural habitats makes possible the rich flora and fauna in Knox County. Scientists are increasingly finding that outdoor experiences promote better mental and physical health, but we can all appreciate that observing nature is just plain fun.

The Owl Creek Conservancy is pleased to provide links to these organizations for your convenience: