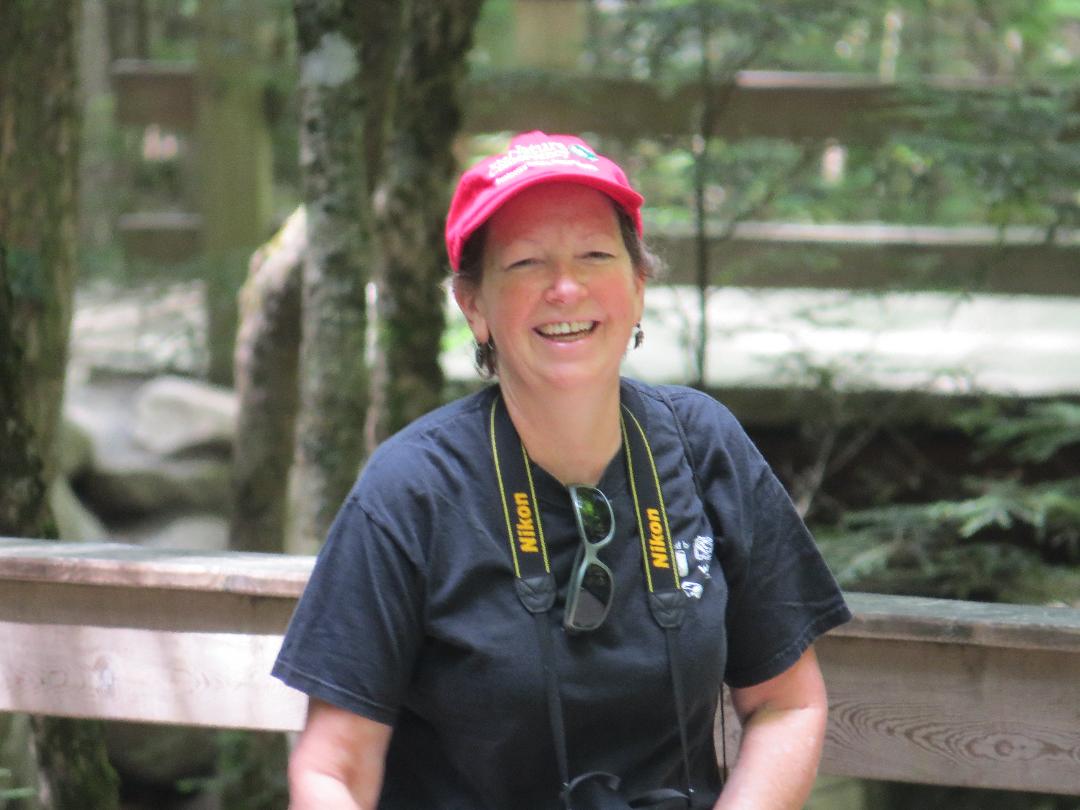 Kimberly was born and raised in the rural community of Bladensburg, in southeastern Knox County, where her mother was the school nurse for 35 years and her father was the local proprietor of the grocery store. They were both devoted to the community and the preservation of community spirit and instilled that spirit in Kim. She graduated with a BS from Penn State University and immediately began her 30 year vocation in zoo business, where she was able to fully develop her interest in and commitment to wildlife, wild places, and conservation. She served on numerous national and international animal conservation programs and committees, in positions as officer and/or advisor. She retired as Assistant Director from the zoo in Salt Lake City, and returned with her husband to the home she grew up in, in 2013. Together, they have established the Bladensburg Community Heritage Foundation, which is devoted to the restoration, development, and preservation of the old Bladensburg School. She currently serves as president. She also serves as the secretary for the Bladensburg SERTOMA (SERvice TO MAnkind) organization. 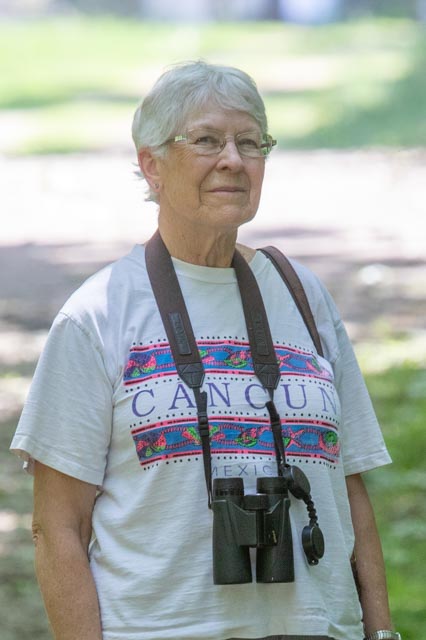 Carol is a retired School Psychologist with experience with folks with disabilities of all kinds.  She has been a member of the Sierra Club for over 30 years.  She takes part in the "feeder count" at Wolf Run Park once a week (organized by the Cornell Laboratory of Ornithology) and went through training to be an Ohio Certified Volunteer Naturalist.  She is also the Treasurer for the Knox County Humane Society.   She has taught English as a second language for members of the Hispanic community for five years. 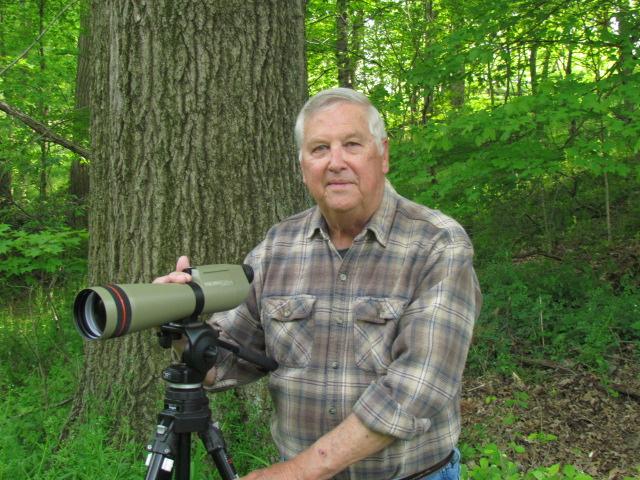 Howard taught biology and earth science at Loudonville High School and then spent 30 years at the Ohio Department of Natural Resources, Division of Parks and Recreation, as a regional naturalist and planning section administrator. Howard is an avid birder and participates in wild bird research, including breeding bird surveys, point counts and Christmas bird counts with the U.S. Department of the Interior and the Audubon Society. A resident of Knox County since 1980, Howard is very interested in the conservation of farmlands, open spaces, waterways, wetlands and natural areas throughout the county. 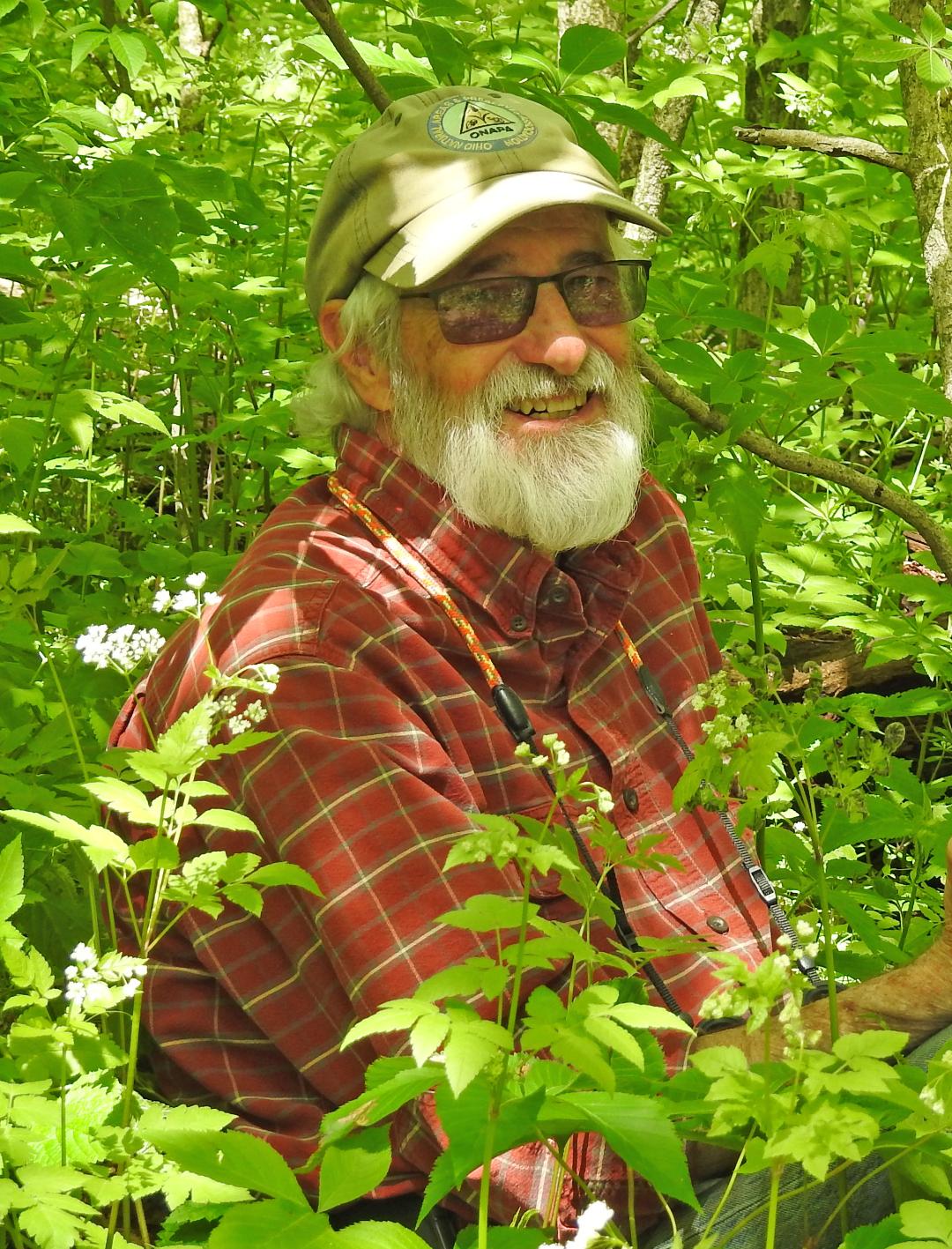 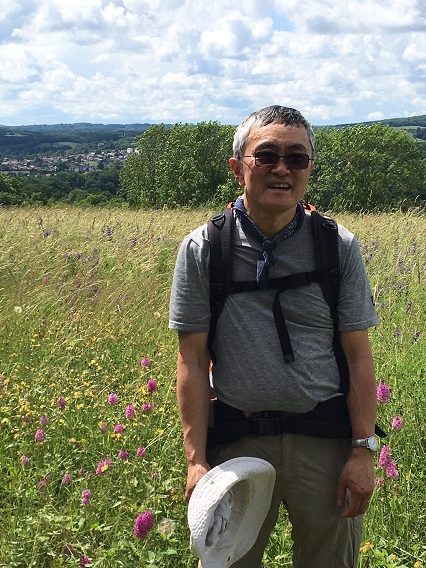 Harry was born in Japan and immigrated to the US at the age of 7, growing up in northern New Hampshire. For his advanced education Harry spent time in Connecticut, North Carolina, Alabama, and Arizona.  Harry has lived in Ohio for over 30 years, teaching biology at Kenyon College. Harry gained administrative experiences as chair of the Biology Department and the Department of Neuroscience, chair of various faculty committees and administrator for several research grants. Harry just retired last summer after 31 years at Kenyon.

As for Harry’s personal life, he has been married to Lisa Gichner, a pediatrician, for over 35 years. They have twin daughters, both married, one who lives in Silicon Valley, the other in southern Connecticut. They have had a series of small dogs, and he says “each of whom has more or less run our lives.” When Harry started to work at Kenyon, they lived for two years in the McIlvaine apartments in Gambier, then moved to Worthington for Lisa’s work. Harry commuted from Worthington for the next 28+ years until he and Lisa moved back to Gambier in early 2021 as they transitioned to retirement in the middle of the pandemic.

Harry is interested in conservation issues in general, and in preserving Knox County land in particular, as he is a firm believer in the adage, “think globally and act locally.” To that end, Harry and Lisa belong to The Nature Conservancy, the Sierra Club, the Natural Resources Defense Council and the Owl Creek Conservancy. 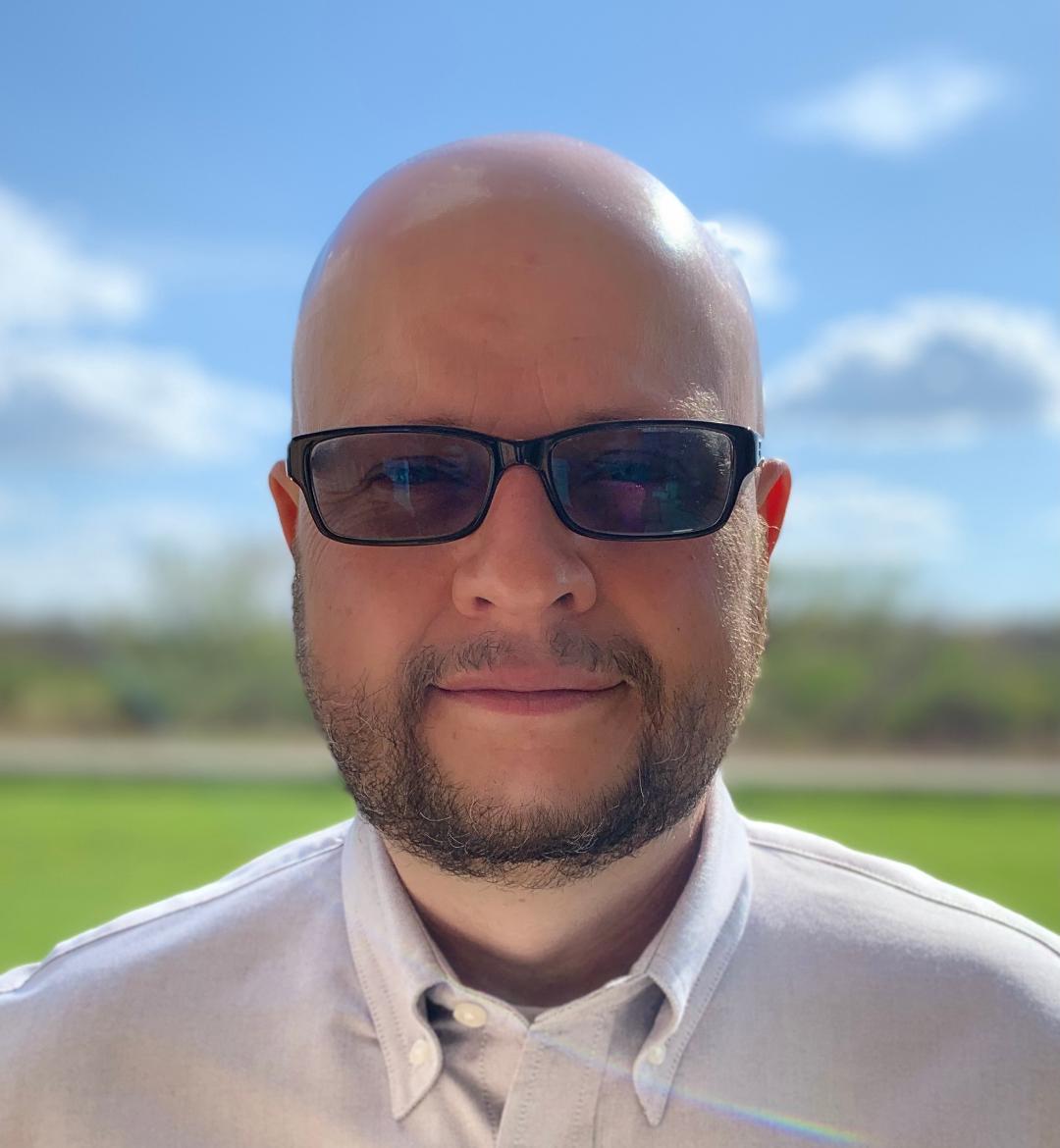 Mark Phelan, a native Ohioan, began a 39-year love affair with Knox County in 1980, and moved here in 2007. He discovered Owl Creek after planning an event for the Conservancy while manager of the Mount Vernon Country Club, and became passionate about contributing to the Conservancy’s mission. Mark enjoys traveling the world with Jodie, his wife of more than 20 years. His love for the outdoors and nature keeps him busy on weekends planting trees, gardening, hiking or walking his dogs on one of the many great trails in Knox County. 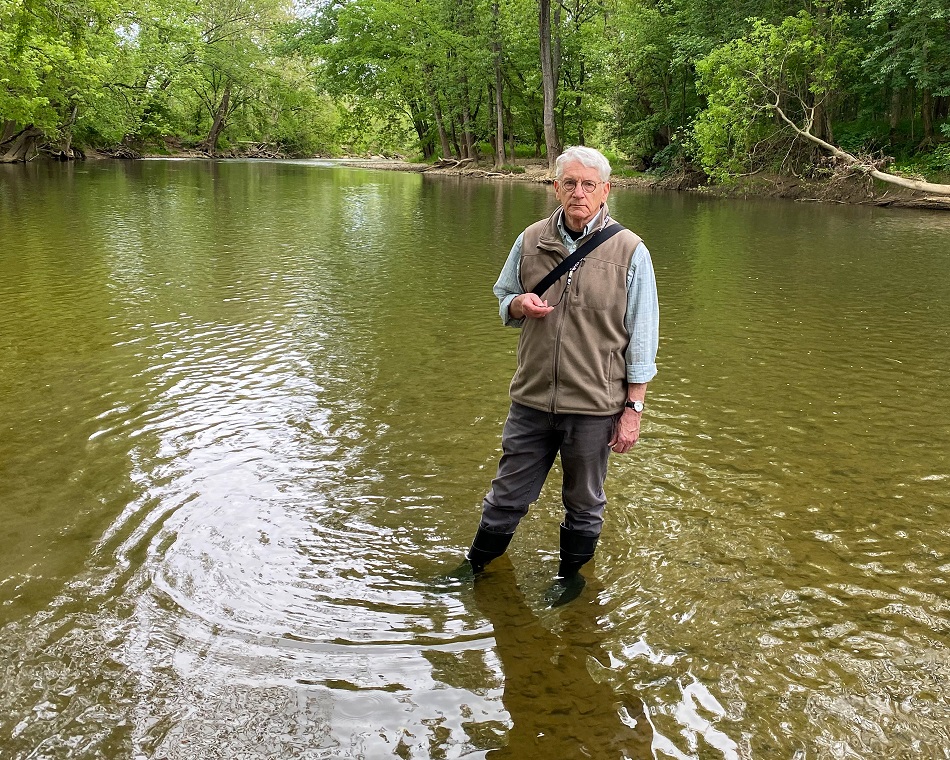 Gregory Spaid has lived with his family in Knox County for over 42 years since he joined the Kenyon College faculty as a professor of studio art teaching courses primarily in photography and design. He also served in Kenyon’s administration as associate provost and provost. Greg’s photography and video projects focus on rural America, especially Knox County, and areas of natural beauty and wilderness throughout the United States, including national parks where he has been artist-in-residence. His book Grace: Photographs of Rural America explores the beauty and the challenges in agricultural communities both in Knox County and on the American Great Plains. 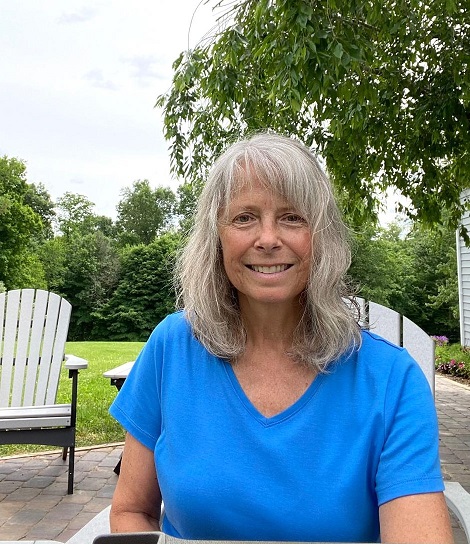 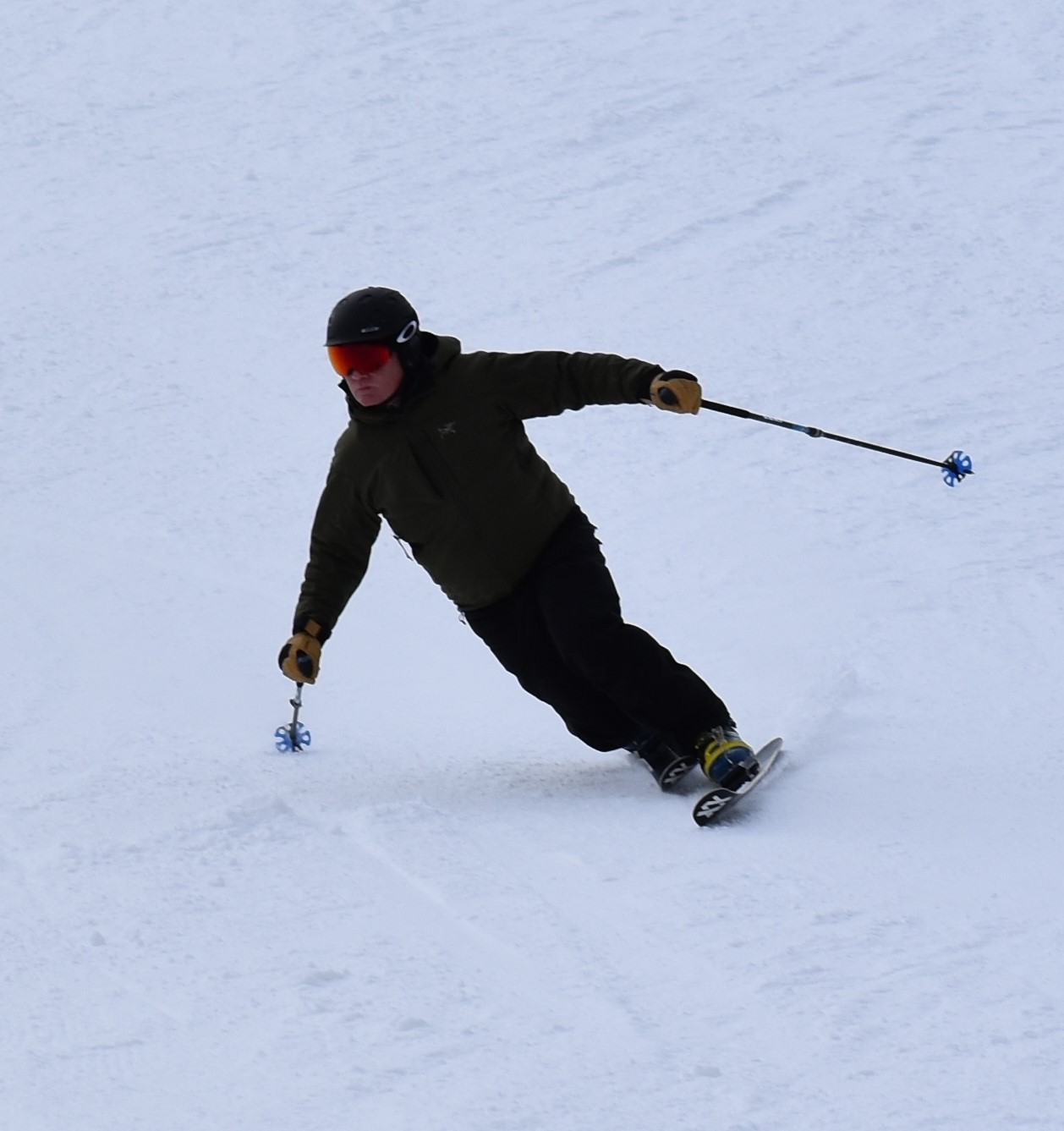 Todd is currently a Vice President at Park National Bank in Commercial Lending.  He graduated from Ashland University with a BSBA in 1990, having been appointed to Omicron Delta Epsilon, and has been in the banking industry ever since.  As an Eagle Scout and the former Director of the Clear Fork Ski Patrol, he was a Senior Member of National Ski Patrol and continues today as an Alumni.  Todd has been actively involved in the community of North Central Ohio through various Boards and community service opportunities including: Junior Achievement, Treasurer of Little Brothers / Little Sisters of Ashland County, the Loudonville Theater and Arts Committee, the Loudonville Recreation Board and the Loudonville Village Council.  Having joined Park National Bank in 2003, today he serves on the Board of Habitat for Humanity of Knox County and is a member of the Finance Committee.  Todd continues to live in Loudonville with his wife, Rachelle, and together they enjoy telemark skiing, fly-fishing, bicycling, hiking and cooking. 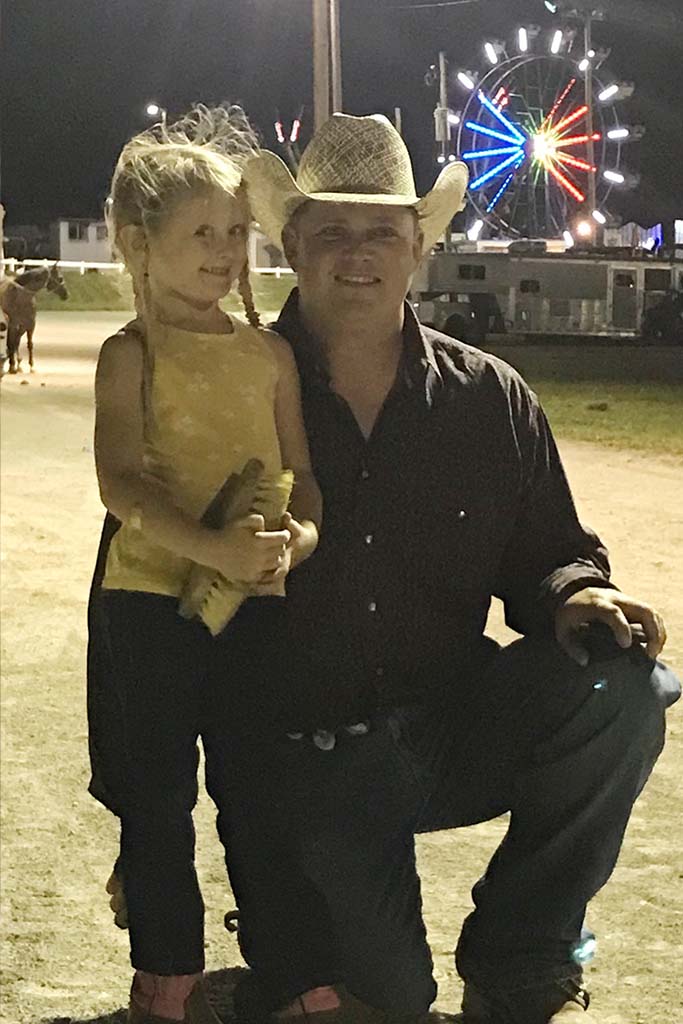 Kyle was born and raised on a cattle farm in central Indiana and attended Indiana University's Kelley School of Business, with a focus on business management and marketing. After college, Kyle spent five years in South Dakota working for a quarter horse operation and cattle ranch. After meeting his wife, they moved to her original home town of Mount Vernon, Ohio. Kyle has been actively involved in the agriculture industry with the Ohio Farm Bureau as well as the Ohio Cattlemen's Association, where he is currently the Vice President of the board of directors. Kyle and his wife Ashton won Ohio Farm Bureau's Excellence in Agriculture award in 2020 and also placed in the top 10 at the national competition. Day-to-day, he works for AgReliant Genetics in distribution strategy.  Previous to that, he worked at Park National Bank as a commercial and agricultural lender.  Kyle also operates a livestock operation at home. He and his wife have been blessed with a four-year-old daughter who is full of energy and has a shared passion for agriculture, and a brand-new baby girl who was born in February. 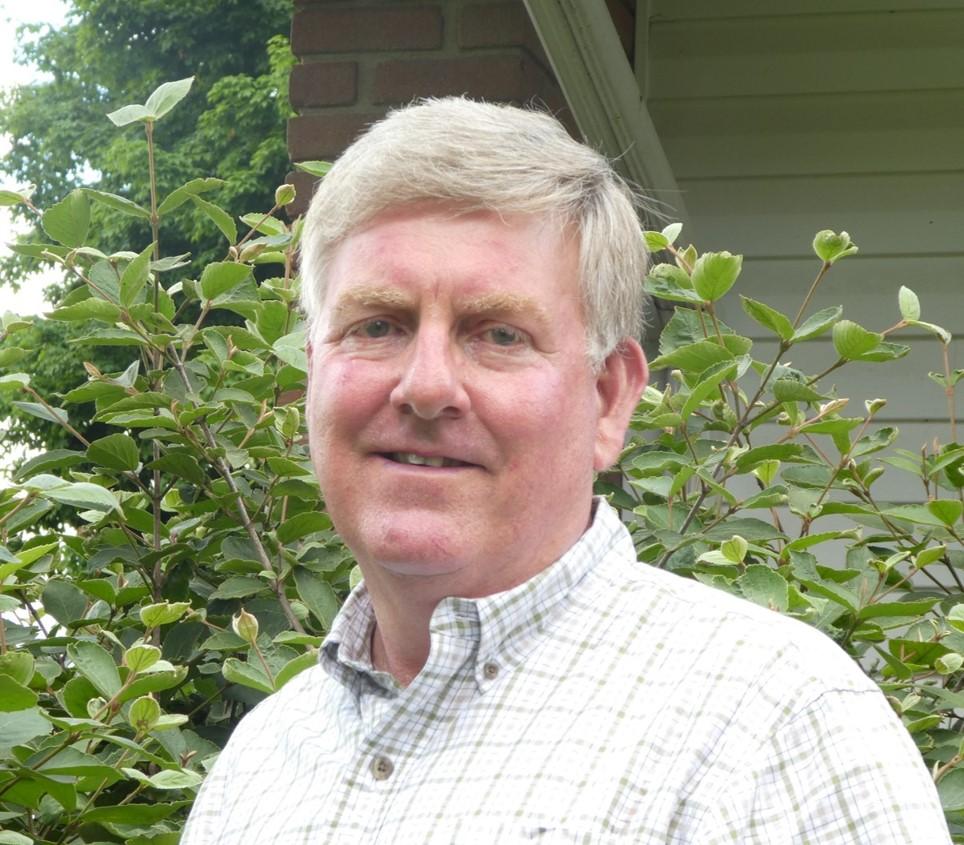 Jeff has been a Knox county resident for over 50 years, graduating from the Mount Vernon High School, and The Ohio State University with a Bachelors degree in Business. After working as a teenager at the McConnell Berry Farm, he purchased and operated Blueberry Hill, a 20-acre blueberry farm located in northeast Knox County, for more than 15 years. He elected to retire from Siemens Energy Inc, formerly Rolls-Royce Energy and Cooper Energy Services, with over 37 years of service after holding various manufacturing management positions. Jeff has a life-long interest in the outdoors including hiking, bike riding, golfing, hunting, fishing, and along with his wife Pat, enjoys gardening and bird watching. He has also been an active volunteer for the CES Credit Union for over 30 years, where he currently serves as Chairman of their Board of Directors. 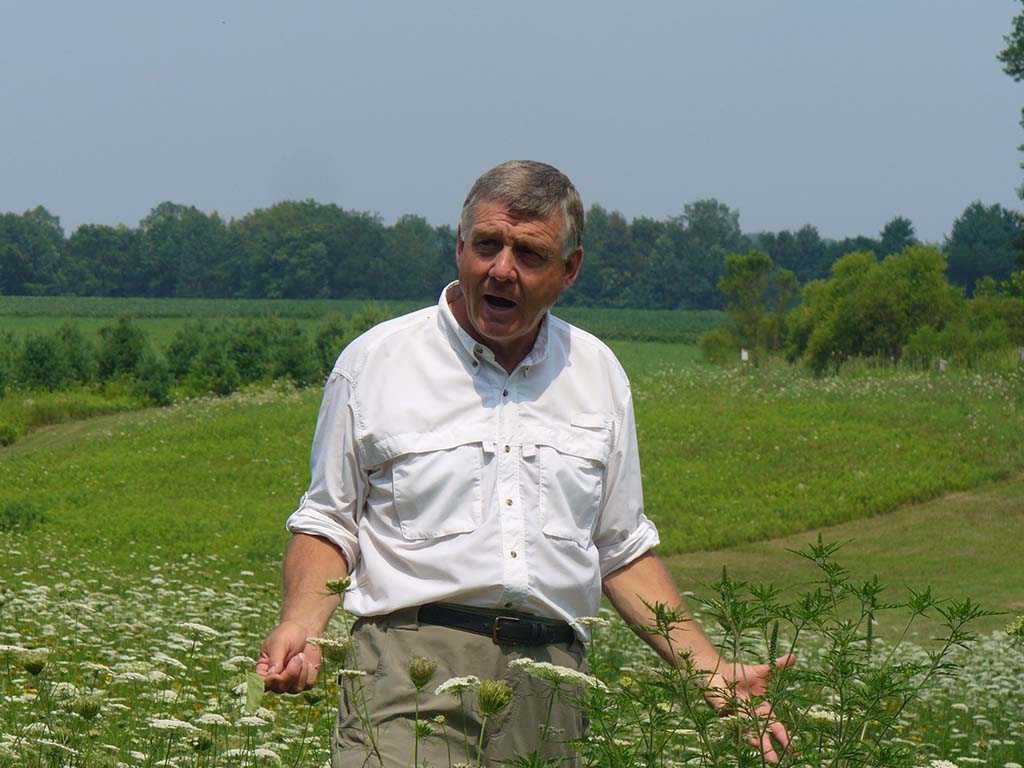 Guy is the retired Chief, Division of Natural Areas and Preserves, Ohio Department of Natural Resources; Secretary/Treasurer of Outdoor Writers of Ohio; a member of the Board of the Midwest Biodiversity Institute, the Brown Family Environmental Center, Scenic Ohio, Friends of the Governor's Residence and Heritage Garden, and Ohio Trust for Public Lands. He is a Special Advisor of the Ohio Environmental Council and Ohio League of Conservation Voters. He is a member of District Seventeen Natural Resources Advisory Council; a former Executive Director of the Ohio Biological Survey; he was appointed by Governor Taft to a term on the Governor's Residence and Heritage Garden Commission. He is also the owner and creator of a notable Ohio prairie, where he gives educational tours. 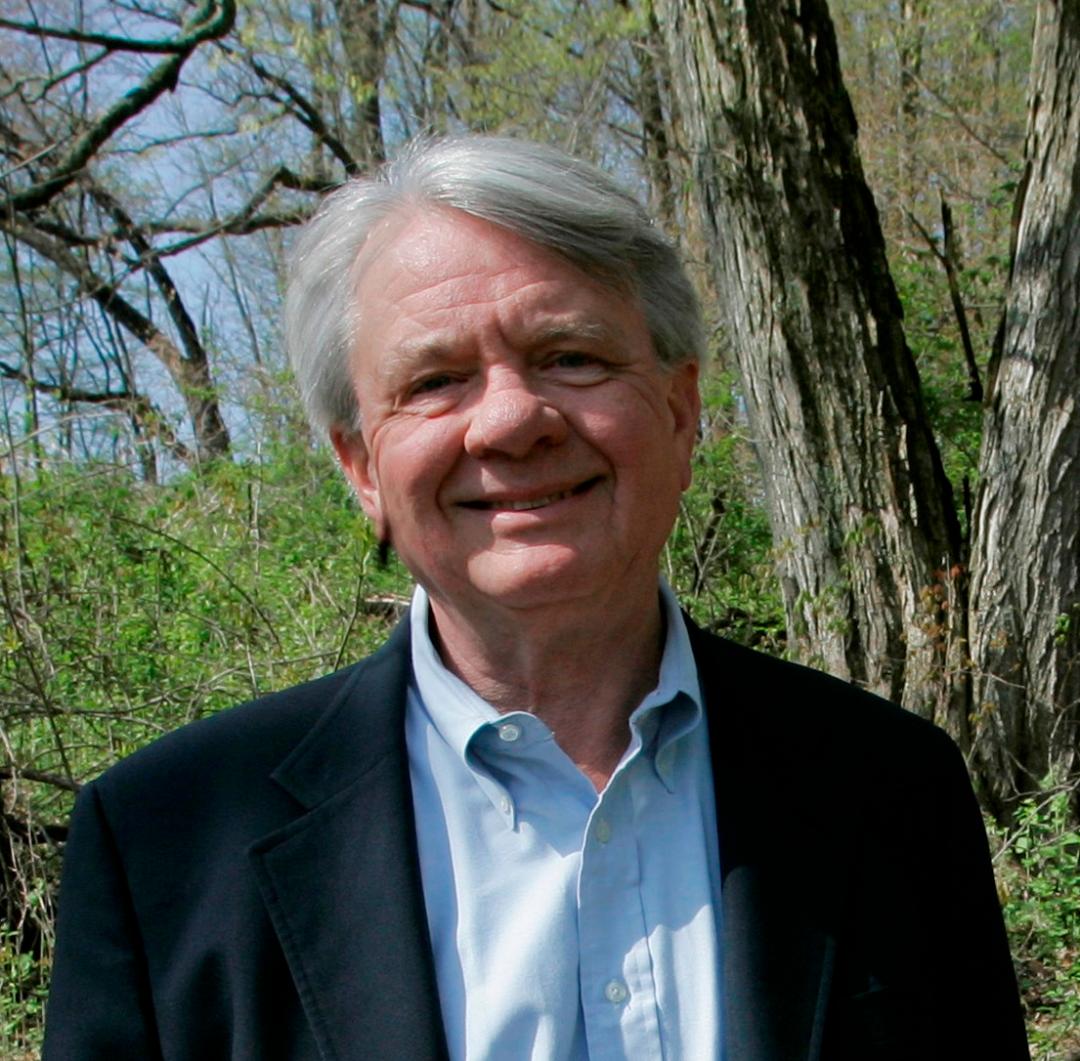 Before his second retirement, Doug was the founding managing director of the Philander Chase Corporation, a non-profit land preservation organization associated with Kenyon College. He served as chair of the Farmland Preservation Committee of the Knox County Regional Planning Commission and served on the State of Ohio Farmland Preservation Advisory Board. Doug was a founding trustee of the Owl Creek Conservancy. He is the vice president, director, and member of the executive committee of the Scranton-Averell Company (a land holding company) and is a director of the Bradford & Carter Company (a real estate development company). He served as president of the Brown Fund and currently serves on two committees of the George B. Storer Foundation. For 28 years, he worked in the development office at Kenyon College, retiring from the vice presidency in 2000. He earned his bachelor's and master's degree at Indiana University and received a doctor of laws degree from Kenyon College. Doug's tireless volunteer work on behalf of the Conservancy has been invaluable.

Mark is a lifelong resident of Mount Vernon. He started his banking career after graduating from Kenyon College, and retired from his position as Senior Vice President of Commercial Lending at First-Knox National Bank in 2015. He is a member of the Board for "Diversified Products and Services" at the Mount Vernon Developmental Center and past Co-Chair of the United Way Campaign (2009). He retired from the YMCA board after 25 years of service. Mark is an avid fisherman and kayaker who has spent much of his life exploring and fishing the Kokosing Valley. He became a grandfather for the first time in January 2015. 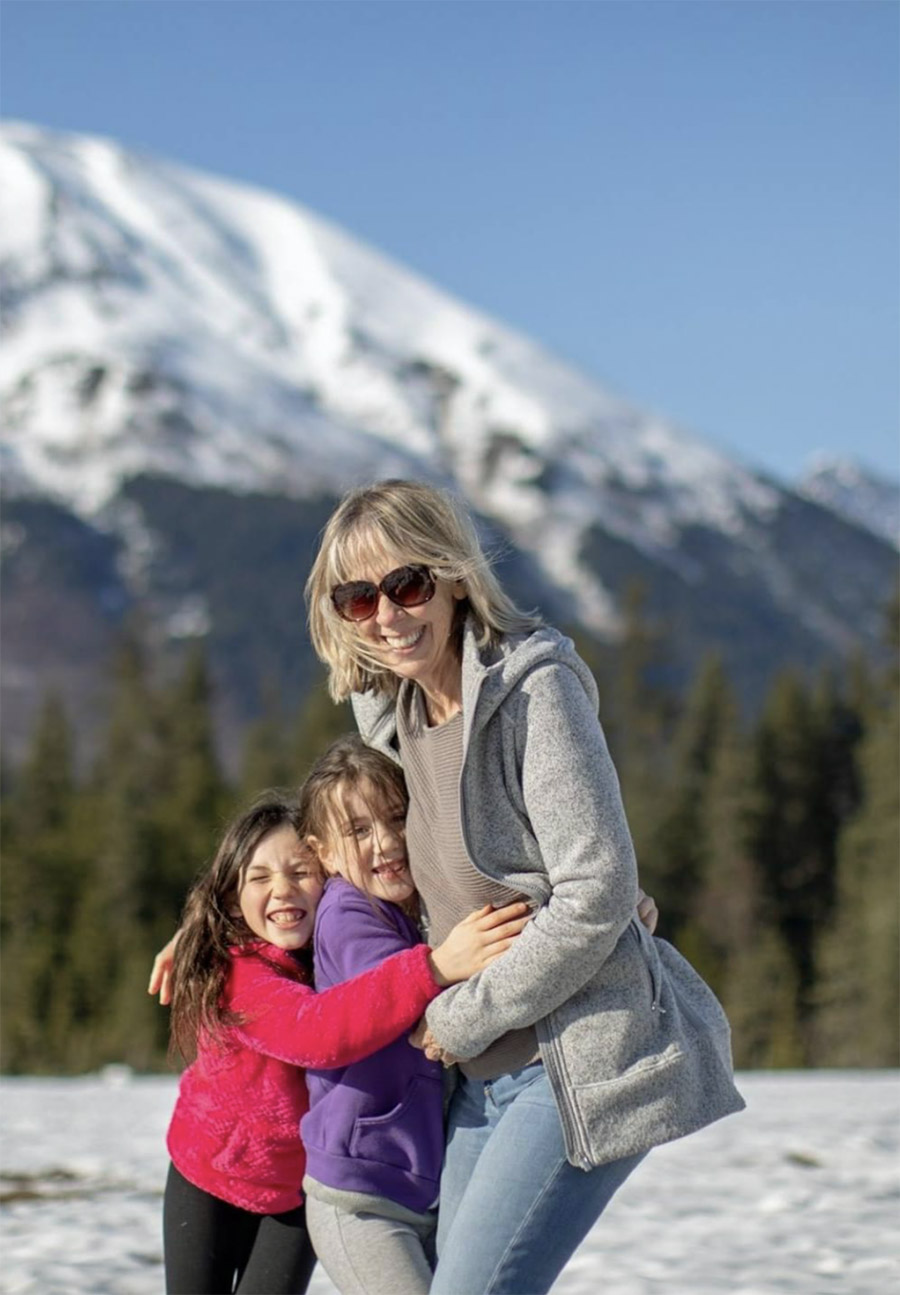 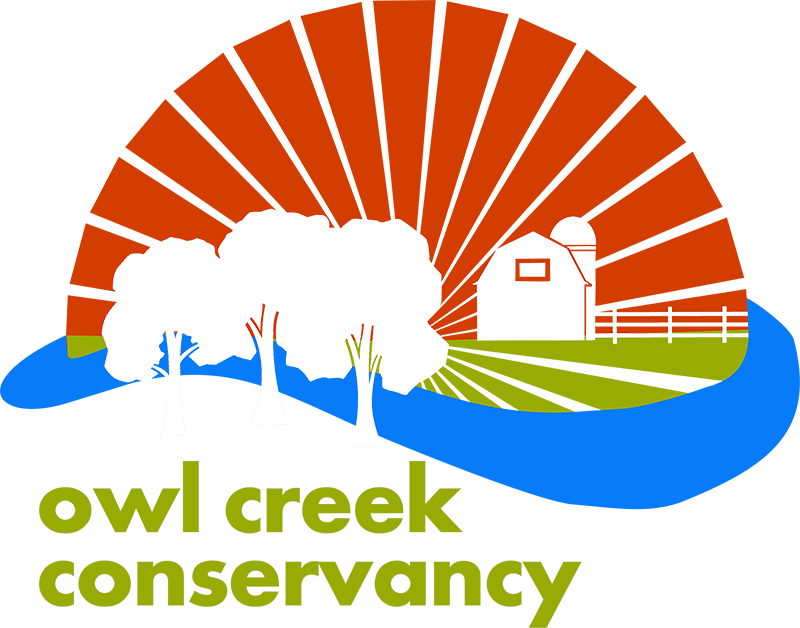